Athletics Australia to train at Sports Super Centre during GC2018

Ms Jones was joined by champion hurdler Sally Pearson for the announcement at the Department of Education and Training facility today. 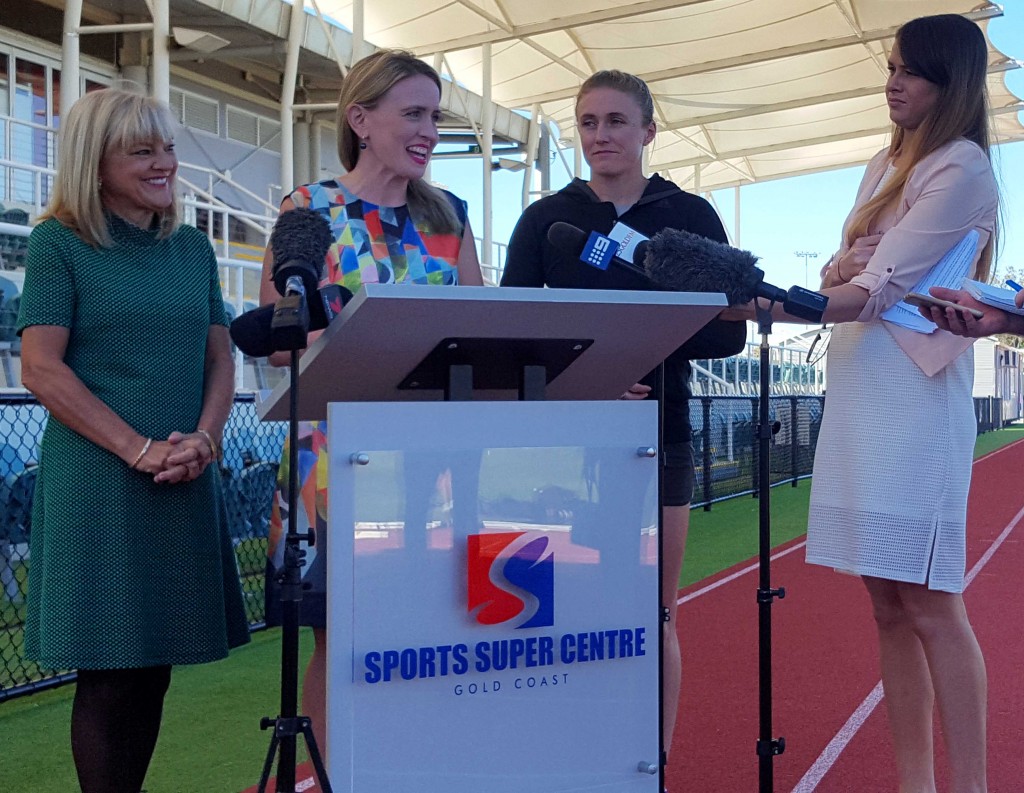 “I am delighted to welcome Athletics Australia to their new training base for GC2018,” Ms Jones said.

“Our Government recently invested $5 million to upgrade this state-of-the-art facility, including the delivery of a new world-class athletics track and field and an international-standard hockey pitch.

“Athletics Australia’s decision to train here during the Games is a huge vote of confidence in these outstanding facilities.

“The centre’s new hockey pitch – the Nikki Hudson Hockey Centre – will also serve as an official training venue for the Games, along with the twin beach volleyball courts and 50m swimming pool.

“Our investment in this facility has created an incredible legacy for both elite athletes and teams, as well as local sporting groups, schools and members of the community.” 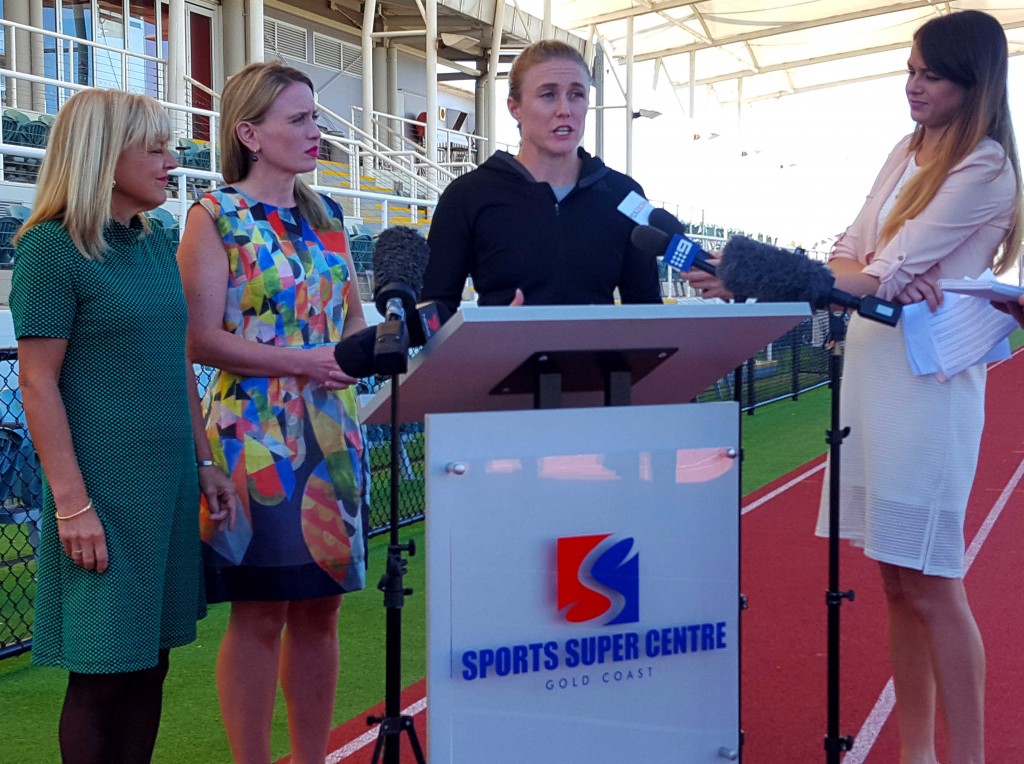 “It’s hard to believe that the Commonwealth Games in my home town are now less than a year away – it’s going to be amazing,” Ms Pearson said.

“The Sport Super Centre is where I am preparing in the lead-up, and to know that my athletics teammates will get the chance to experience the great facilities exclusively in their final stages of preparing is fantastic.

“Those final few days before competition at a major championship are so important. To train among only our teammates at the best possible venue will absolutely contribute to making the sure we start in the best shape both mentally and physically.”

Athletics Australia’s Head Coach Craig Hilliard said the partnership was an amazing opportunity for their athletes at a home Commonwealth Games.

“It will ensure the best possible preparation environment for our athletes and coaches as they prepare to compete – the facilities are nothing short of fantastic,” Mr Hilliard said.

“Training venues at major championships are always an extremely busy place – the opportunity to have a dedicated facility for our athletes and coaches will help provide a stress-free environment. We will establish support services and facilities for both athletes and coaches, including recovery, biomechanics and a coaches’ hub.”

“We welcome the entire Australian athletics and para-athletics teams to our centre during the Commonwealth Games and look forward to seeing our country’s best athletes in action right here during GC2018,” Mr Flynn said.

“Since the track and field was re-opened last year following our multi-million-dollar refurbishment, our centre has noticed an influx of domestic and international athletes and teams of all ages, abilities and disciplines training and competing on what is now regarded as one of the best purpose-built athletics facilities in Australia.

“Last year, we hosted a number of elite teams from Australia and abroad in their final preparations for the Rio Olympics. Since then, many teams, sporting clubs, schools and the local community have reaped the rewards of our world-class, multi-purpose facility.”